Prince George’s County Schools is one of the most heavily commuted districts in Maryland. Learn how the school district partnered with BusPatrol to make roads safer for local students.
Program Overview by the Numbers 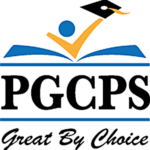 Prince George’s County Public Schools (PGCPS) district is one of the most heavily commuted areas in Maryland. Bordered by Washington DC and the Wilson Bridge to enter Virginia, roads are busy with school traffic, commuters from out of state, and more. Each school day, 1,270 big yellow buses navigate traffic to transport more than 85,000 students to school and home.

As Director of Transportation, Dr. Rudolph Saunders was determined to improve road safety for all students across the district. There were growing concerns in the community about school bus safety, and Saunders felt he needed to act sooner rather than later:

« We had been hearing from neighboring districts and districts across the country about incidents that just gave us the chills. Incidents where students weren’t seen leaving the bus, where [motorists] weren’t being careful. »

However, with limited available funding, PGCPS needed a safety solution that was effective and affordable.

The Need for Full-Fleet Deployment – Protecting Students Across Rural, Urban, and Suburban Environments

After attempts to improve student safety with a partially deployed enforcement program, the district discovered that it would need stop-arm cameras on every bus in the fleet to change motorist behavior and provide equitable access to technology solutions to safeguard students.

« Our school system tried [a stop-arm program] involving just a handful of buses strategically placed in a few areas thought to be of high-security issues or where the incidents would be higher. It was almost impossible to do that. Our buses go everywhere. We are not just within our county. We transport kids into Washington DC, Virginia, and Baltimore on a daily basis.

« We felt that the only way to really have an impact was to be able to have some safety measure on each and every bus. We have over 1,270 buses right now, of which most are on the road every day. We wanted to make sure that it didn’t matter whether we were in our more rural areas or some of our more congested and urban areas. »

With full-fleet deployment now an essential requirement for a potential school bus safety solution, the Department of Transportation returned to the drawing board.

Without Exceeding the Budget

The second challenge for Saunders and his team was finding a solution that would fit within the school budget. The district had limited funding and believed deploying safety technology across all 1,270 school buses would come at a cost.

PGCPS had heard about BusPatrol and its zero-cost full-fleet safety solution through neighboring districts. At first, the offer sounded too good to be true. BusPatrol could equip every bus in the PGCPS at zero cost through its violator-funded business model. The student safety program is entirely and exclusively funded by violators over a 5-year term. Not only this, but the program was quick to roll out.

« Montgomery County had already begun this venture, and we heard great things. It sounded almost too good to be true for us.

« The business model fit our needs. We needed it to be budget neutral in whatever we were going to do because we didn’t have a big overlay at the time. To be able to do something that wouldn’t take us a great deal of time to roll out. The last thing that we wanted was to have something happen in an area that we hadn’t gotten to. When we met with BusPatrol, they were very open to our needs. They really analyzed the needs of our district and what we wanted to talk about and came with something that answered all the problems we were having as far as safety measures. »

With cloud-connected stop-arm cameras now on every bus, the district is creating a safer driving culture around school buses. Saunders explained that there has already been a noticeable change in motorist behavior on local roads:

« We see the increased safety and the consciousness of motorists and everyone else around. (…) I know my drivers see the difference and are giving us great stories about seeing [motorists] almost slam their breaks as soon as they see the stop sign, whereas before they would speed up to try and go through. »

Going Beyond Enforcement with BusPatrol

Interior Cameras to Ensure Student Safety on the Bus

Due to the bus driver shortage in Maryland, many school bus routes are longer than before, and students are spending more time than ever on the school bus. Speaking about the 360° safety cameras also installed inside the bus, Saunders said:

« Our parents and community were very excited about that aspect of it. (…) We’ve had a driver shortage like most school districts, so our kids are often on the bus longer than we want them to be in the process of getting to school and home. When kids are getting home a little late, and they’ve been with the driver for that amount of time, it’s very consoling to parents to know if there was the slightest indication of anything happening other than just the bus being late, we can let them know. BusPatrol has given us the tools to make sure we can share that information. »

Through BusPatrol, PGCPS has also been able to implement a school bus parent app to inform parents and guardians where the bus is at any given time. According to Saunders, parents had requested better communication from the transportation department:

« To give our parents some sense of comfort in knowing where their kid is through an Uber-like app that we were able to provide them this year. That’s something that they’ve been asking for even before the pandemic.

« We had started a task force which consisted of government officials, our board members, principals, teachers, and parents. This was one of the big things they said – we really need communication. When we said this to our partners at BusPatrol, they helped us to find something. »

As well as this, the school district implemented an online routing solution with BusPatrol. Throughout the pandemic, PGCPS could continue scheduling and routing routes in preparation for the return to school.

A Successful Partnership Rooted in Safety

When asked about the experience of partnering with BusPatrol to enhance student safety, Saunders emphasized the collaboration between the school district and the team at BusPatrol:

« It truly has been a partnership because we’ve come with plans. I have a lot of vendors I deal with for different pieces, whether it’s for automotive parts, training systems, or software. A lot of times, people only know their product. When we’ve worked with BusPatrol, and we’ve explained the problem, it’s helped that they’ve had individuals on their team that also understand transportation needs and how things work and how this is applicable to what’s happening. They work with us to give ideas, sometimes about things we can do that aren’t even directly related to their product, just based on their experience working with other districts around the country. Our community is seeing the benefit of all of those movements and all of that conversation. »

Are you interested in learning more about improving safety in your district?

"We see the increased safety and the consciousness of motorists and everyone else around."
Rudolph SaundersDirector of Transportation 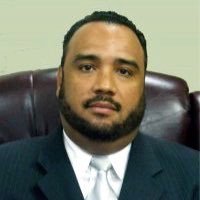 “It truly has been a partnership because we've come with plans. BusPatrol understand transportation needs and how things work. They work with us to give us ideas."
Rudolph SaundersDirector of Transportation

« We felt the only way to really have an impact was to be able to have some safety measure on each and every bus. We have over 1,270 buses right now, of which most are on the road every day. We wanted to make sure that it didn’t matter whether we were in our more rural areas, or some of our more congested and urban areas. » 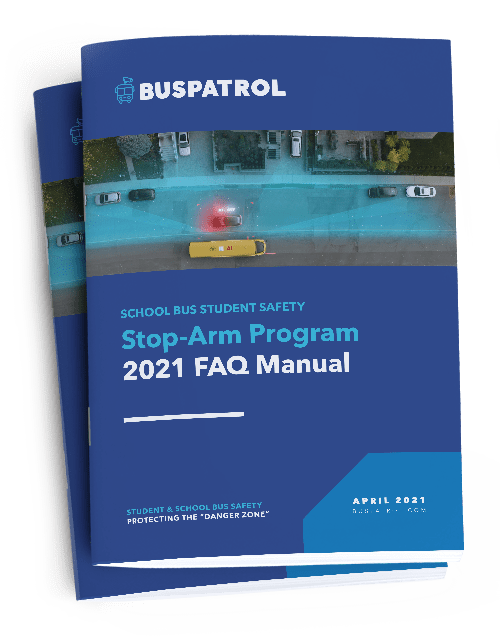